We’re devoted to the classic. But reject the status quo. We keep the best of the past. The best watchmaking practices, the best designs. And push the boundaries of what’s new. Born for a purpose. Field-tested to the extreme. For those who are up for anything. Those who face their fears. Those who reinvent themselves every day. A TUDOR is #BornToDare

Meet @davidbeckham , the new #tudorwatch ambassador and inspiration behind its #BornToDare campaign.

Deploying the #BornToDare campaign with @davidbeckham for the first time in Spain, in the heart of Madrid. #tudorwatch #davidbeckham

TUDOR is a Swiss watchmaking brand that offers mechanical watches with sophisticated style, proven reliability and an unparalleled relationship between quality and price.
The origins of TUDOR date back to 1926, when “The Tudor” was first registered as a brand on behalf of Hans Wilsdorf, founder of Rolex. In 1946, he founded the Montres Tudor SA company to produce watches that respect the traditional Rolex philosophy of quality at a more accessible price point. Throughout their history, TUDOR watches have been chosen by the boldest adventurers on land, underwater and on ice, the world over.
Today, the TUDOR collection includes emblematic models such as Black Bay, Pelagos and Style and since 2015 it has offered mechanical manufacture movements.

is an English former professional footballer. He played for Manchester United, Preston North End, Real Madrid, Milan, LA Galaxy, Paris Saint-Germain, and the England national team for which he held the appearance record for an outfield player until 2016 when Wayne Rooney surpassed his total. He is the first English player to win league titles in four countries: England, Spain, the United States and France. He announced his retirement in May 2013 after a 20-year career, during which he won 19 major trophies.

Joe Escobar Diamonds is proud to be an Official Tudor Jeweler in Campbell, CA the Heart of San Jose. Tudor watches are world-famous for performance and reliability. Come in and discover the Tudor Collections today. Joe Escobar Diamonds has been an Official Tudor Jeweler in the San Jose Bay Area since their return to the United States, and is proud to have an authorized Tudor watchmaker here on site to assist in anything from sizing your Tudor watch, to a complete service and restoration that Tudor recommends is preformed every seven to ten years. If properly cared for, your Tudor can last you a lifetime, and if you live in San Jose, Los Gatos, Saratoga or Campbell, we are here to serve all of your Tudor needs. 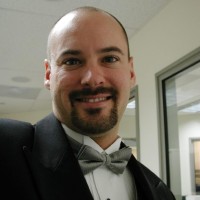 Erik Carlson
Graduate Gemologist at Joe Escobar Diamonds and lover of all things that sparkle, shine or keep time! From San Jose, CA